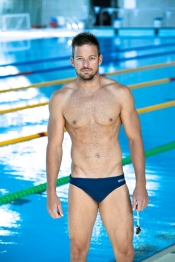 Cameron van der Burgh is the actual Olympic champion in the 100m breaststroke, while Gerhard Zandberg gained multiple world championship backstroke titles. Also, both held multiple national swimming records. It is worth to mentioned that swimmers took short term sightseeing tour and also, they gave some interviews to the local and foreign media. It was obvious that swimmers had only good expressions about Kantrida complex, they were pleased with conditions and probabaly that is not the last time that they chose Kantrida pool complex for their summer swimming camps. 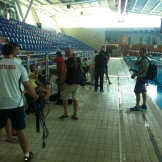 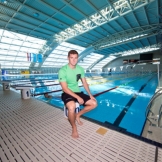