A premiere of a new film at planetarium Back to the Moon - For Good took place on Wednesday, November 19, 2014, at Astronomical Centre Rijeka at 7 pm.

Before the official premiere, Team Stellar presented their project participating in Google Lunar XPrize competition. Team Stellar is an international team with scientist from Croatia, Australia, USA, Slovenia, Singapore, UAE. All of them will do their best to send their own spacecraft to the Moon by the end of the competition. All visitors found out about the mission complexity, first time organized by a private company. To promote teams and competition, film Back to the Moon - For Good was made.

Film Back to the Moon - For Good is a documentary presenting Google Lunar XPrize, a prize of 30 million dollars for the team of scientist which succeeds in landing a private spacecraft on the Moon surface. The main reason to explore the Moon again are its valuable resources which could be used on Earth as well as on the other planets. All spectators will see a simulation of the future bases on the Moon surface what could easily become a reality, combining Moon's valuable resources and science development. This time the return to the Moon will be for good.

Film, its duration 23 minutes, was created by NSC Creative to promote Google Lunar XPrize.
Film synchronization was done by Studio Maraton and its members Maša Basara, Sandra Polić Živković and Frano Živković were the voice actors. Also starring in the film are actor David Petrović, musician and music producer Olja Dešić, while the narrator is Ivan Šarić, famous stand up comedian and tv show host. 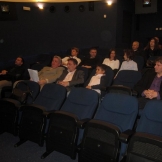 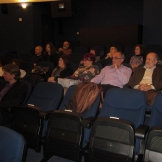 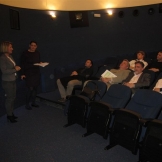 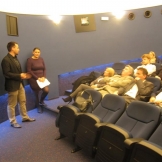