At the terrace and digital planetarium literary readings and discussions were held, participants were Croatian and French writers, editors and publishers, and interested visitors.

Same as previous years, the event was organized by Croatian Writers' Society and this year's readings were part of Festival of France in Croatia, Rendez-vous.

Readings and discussions were organized in Pula and Zagreb as well. 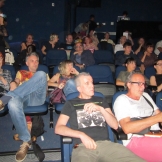 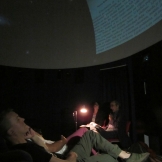