Program for foreign tourists at Astronomical Centre Rijeka during summer 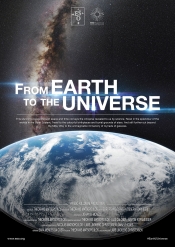 Every Wednesday, from June 14 to September 13, 2017, film From the Earth to the Universe will be shown in English language at digital planetarium.

Directed by the young Greek filmmaker Theofanis N. Matsopoulos, and featuring a sweeping soundtrack from Norwegian composer Johan B. Monell, viewers can revel in the splendour of the various worlds in the Solar System and the ferocity of the scorching Sun. From Earth to the Universe then leaves our home to take the audience out to the colourful birthplaces and burial grounds of stars, and still further out, beyond the Milky Way, to the unimaginable immensity of a myriad galaxies. Along the way, the audience will learn about the history of astronomy, the invention of the telescope, and today’s giant telescopes that allow us continue to probe ever deeper into the Universe.

For group of visitors larger than 8 people who wish to see the mentioned film in other language, it is necessary to make an appointment via e-mail astronomski-centar-rijeka@rijekasport.hr or tel. 00385 51 455 700.

Also it is possible to make an appointment for a group (8 people and more) for every other film from the Centre's fundus. 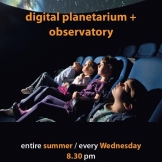