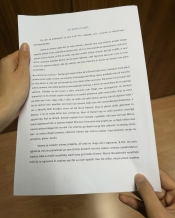 From October 6 to November 9, 2017, during the contest, each class could send one story, its length 3.500 characters (with spaces), 47 stories in total were sent by students from 31 schools.

The prize for the best story includes a live show or film on request in digital planetarium free of charge for the entire class.

The winning story of the young and imaginative author in the spot puts X-1377-B, an employee at the factory for designing and creating planets. The latest project is Earth and the author in his unique way mocks humans and describes them as not too intelligent and air-dependent, so they wouldn't bother habitants of other planets that have no air. Actually the planet was created so the rich Martians could see the beautiful Earth instead of not-so-pretty Jupiter. The moon for Earth will be installed as a control center for the ocean tide.
At the end of the story, X-1377-B can't talk any more because his boss is calling him - the planet is in the wrong position, between Venus and Mars, instead of between Mars and Jupiter, and before going on so much needed vacation, something needs to be done about the new planet.

Many humorous parts of the story would be lost in translation in English, so you can read the original. 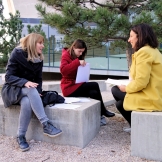 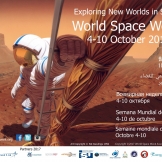