On the first day, April 19, 2018, at digital planetarium was shown a short film Losing the Dark and new show Astronomical classrooms dedicated to development of planetariums and observatories through history.

On the second day of the event, April 20, 2018, was held a lecture entitled Light and Shadow (I svjetlo i sjena) by Dean Skira, award winning lighting designer. Thanks to more than thirty years of experience, Mr. Skira explained social and economical aspects of light pollution. The audience learned about the light pollution problem all over the world and in Croatia, about the use of technology that might reduce the light pollution and the upcoming challenges for saving the night sky.

After the lecture, at the digital planetarium was shown a short film Losing the Dark and the show Guide to the Night Sky.

On Saturday, April 21, 2018, along with Dark Sky Week, Earth Day was celebrated with the film Realm of Light at digital planetarium followed by the music happening Touch the Moon (Dotakni Mjesec) by Putokazi. Musical performance at the planetarium was the unique experience for both audience and performers. 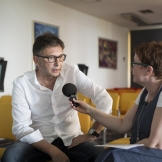 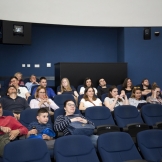 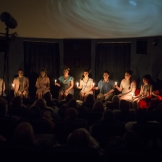