About the planetarium (planetarium guided tour)
If you’re curious about what’s out there beyond our planet then the Planetarium at the Astronomical centre Rijeka is the place to find out more. Opened in April, 2009 the Planetarium is built alongside the Observatory which was built in 2001, allowing visitors to follow astronomy from the earliest days in order to view and map the stars through understanding our own galaxy to visiting the moon and developing ideas about how far the universe may spread and how it may have begun. Learn more about the Rijeka’s planetarium.

Summary of the program:

Planets in Sight (film)
Designed for wider public, this film take us on un unforgettable journey to the very beginnings of our solar sistem thenks to the brethtaking panoramic images. We will planet-hopping to learn abot their distinctive features, their moons, asteroids and comets...

The Universe: Yours to Discover (planetarium show)
Our journey from Galileo to the Cosmos. The planetarium program, chronicles the development of astronomy, beginning with Galileo's first glimpse into the heavens, through the development of theories and instruments for observation, to human presence in space and modern data that can be "minded" by scientists anywhere.

Two Small Pieces of Glass (film)
Aimed at the young and wider public, this film explores the Galilean moons, Saturn's rings, spiral structure of galaxies, and many other discoveries these tools have made throughout the history of astronomy. How does a telescope work? How do the larges observatories in the world use these instruments to explore the mysteries of the universe? What are the challenges of the latest generation of observatories? Soundtrack  performed by the renownes London Symphony Orchestra.   A Walk along the Solar System (planetarium show)
This planetarium show will surely be interesting for the youngest family members and the parents will have the opportunity to find out more about the solar system. Learn about the sun and all the planets, discover the size of the solar system at the same time as taking a long walk along our Galaxy.

Vibrato (film)
Designed for the adult public, Vibrato presents a cosmic echo and it takes you on an unforgettable adventure beyond space and time. The virtual reality simulator sets out on an amazing journey of exploring the cosmic resonance, gama ray flashes, black holes, clusters of galaxies and other fascinating phenomena.

Stars and Constellations of the Current Season's Sky (planetarium show) Discover the beauty of the dark night sky that has inspired poets and guided mariners. Learn how to find the principal stars and constellations and hear a story or two about them. Visitors learn how to determine direction, latitude and longitude by the position of the sun and stars.

Rijeka's way to Stars: magic world of planetaria (exibition)
For the Day of Planetaria 2010, the photografic documentary exibition aims to show the pecularities of Rijeka's planetarium – from the idea to the realisation – and to present to the wider public the interesting world of planetaria.

The Moon: official promotion of the interactiv musical videos "Šumska" and a video for the song "Tuga"
The band "Putokazi" from Rijeka is a unique musical phenomenon on the Croatian music scene. They are a band which has been successfully resisting all attempts of categorization and selection to a standard musical department. They started working on February 22nd 1984 and for the 26th birthday they are adding two new videos to the existing videos from their album "Mjesec" (The Moon): the video for the song "Tuga" and an interactive music video (the first work of that kind in Croatia) by which the song "Šumska" is being visualized.
Both musical videos will be officially promoted on March 21st, on the first day of Spring, also on the International Day of Forests and Planetarium Day. This will happen on the same location where the album "Mjesec" first appeared before the eyes and ears of the audience - in the planetarium of the Astronomical Centre in Rijeka. 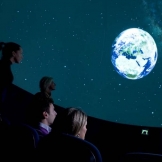 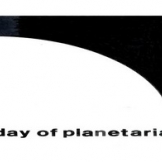