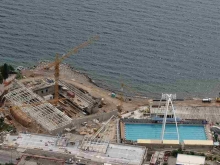 Kantrida is an area chosen by Rijeka’s youth 90 years ago for their sports activities. Former sports club "Viktorija" from Sušak started playing football in an abandoned stone-pit in Kantrida. Not far from the football field, by the sea, Swimming Pools Kantrida was built in 1972, thus making it possible for sport clubs to practice swimming and water-polo.

In the course of many years outdoor pool was used by athletes of Primorje sports club, many of which brought medals to Rijeka from the Olympics and other world and European championships. However, capacity of former pool became too small for athletes' needs and City of Rijeka started building a pool, not only to encourage development of sport, but also to give all its citizens new recreational and amusement programmes.

Municipal bonds as a way of raising funds
In order to secure funds for building the pool complex, the City of Rijeka issued municipal bonds. Among other investors, citizens of Rijeka also participated in buying bonds and in that way got involved in building the new complex and at the same time started a new way of saving money.

Grand Opening of Swimming Pools Kantrida
Swimming Pools Kantrida is the first big sports facility built in Rijeka in more than 30 years. It was presented to athletes and citizens at the magnificent opening on 24th July 2008. Opening of the complex was the best way to celebrate 100 years of Sports Association Primorje, the swimming and water-polo club and synchronized swimming club.

Works continue at Swimming Pools Kantrida
In 2008, the old pool was reconstructed and three more swimming pools with additional facilities were built. Since 2011 professional and non-professional sportsmen can even use the recently constructed diving pool, walk along the promenade or lay out at the beach.

Infrastructure
Infrastructure brought a new quality of life to residents of this part of the city in terms of re-built water supply and drainage system of Kantrida and Turnić area. 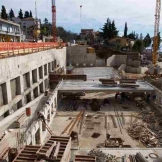 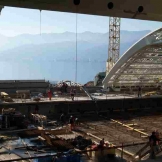 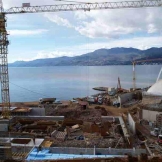 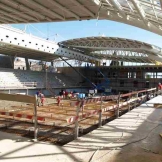