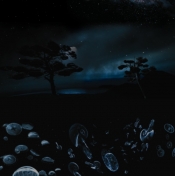 Realm of Light is a film for digital planetarium that amaze with unseen scenes. It lead us to the strange journey through the Space and time, in the same time, through evidence of life and its evolution from the Big Bang to the modern era.

Realm of Light is a film for digital planetarium that amaze. Unseen scenes lead us to the strange journey through the Space and time, through evidence of life and its evolution from the Big Bang to the modern era. Since it's taken for dome projections (360˚), the viewing experience is unique. Realm of Light is phenomenal adventure. It is inspired with poetry and beautiful music with many sound effects, which will create an unforgettable experience of watching a film in the digital planetarium.
The goal of the film is to amaze and inspire audience of all ages and encourage them to think about the light that is in everything that surrounds us. The film is an amazing story about the evolution of life on Earth. It is full of scenes that will take your breath away, also outstanding music guarantee the unique atmosphere. From the Big Bang to the modern era, viewers of all ages will have special viewing experiences. From the point of various wonders of nature to the fact that the human curiosity is neverending. Realm of Light, through its poetic expression and ideas inspired by the philosophical mind tells 13 billion years old story of the Universe.

The film has won many awards at prominent festivals:

Realm of Light's glorious visuals, inspired music, big ideas and poetic words proclaim both the elegance of nature and brilliance of human curiosity. The film is much more a love letter than a lecture in all the best ways; it lifts both the heart and the mind. In a word, it's an inspiringly beautiful experience for audiences of any age or interest level.
David Beining
Director of Immersive Media, ARTS Lab @ UNM Executive Director, DomeFest

"… I wanted to put out a special thank you to the folks from Softmachine. "Realm of Light" was simply breathtaking. It was the most beautiful story I've ever seen in a dome. Congratulations!"
Jonathan Wolfe, Ph.D.
Fractal Fundation
Executive Director

"This is a really gorgeous show both in its visual beauty and in its subject matter. In 24 minutes it manages to tell ably the 13.73 billion-year story of our Universe in a really elegant way. No superlatives can do justice to the imagery as well as to the sensitive words of its narration. Only if one sees it can possibly understand what I am talking about. This is a must presentation for every planetarium with a mission of science and art."
Dionysios Simopoulos
Director Eugenides Planetarium
Athens - Greece

"Watching Realm of Light was like taking a dreamy swim through time and space. Surrounded by beautiful imagery, I was carried by the capsule of the full-dome, from the inside of a prehistoric shell, through waves of ancient ocean, to the vastness of open space. I feel that this film was one of the best full-dome movies that I have experienced.
Thank you for showing it at Dome Fest 2009."
Michael Zolotnitski
Production Artist
Sky-Skan Inc.

"I found Realm of Light utterly delightful, and I think Peter Popp and Rita-Graciela Werner and all the folks involved in the production of Realm of Light deeply understand the true potential and strengths of the immersive story space and how to make the most effective use of the unique properties of the full dome medium. Put simply, the makers of "Realm of Light" really "get it."
Hue Walker
Multi Media Development Specialist with UNM/ARTS Lab 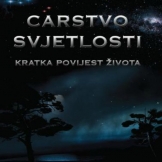