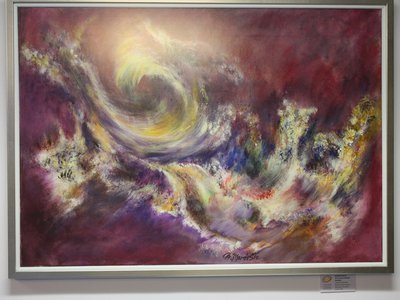 The Astronomical Centre Rijeka houses a permanent exhibition by the famous artist Boris Mardešić under the title "The cosmic cycle" and a collection of star ship models. The late artist Boris Mardešić held his first independent exhibition in Rijeka in 1956. After his exhibition "The infinite universe" which was held in December 2010, he donated his pictures to the Rijeka sport company which manages the Astronomical Centre Rijeka.

Models of the Russian spacecraft Soyuz TM-13 and Space Shuttle Atlantis, the last space shuttle sent into space by the USA in 2011, which were built by the members of the modelling club Zeppelin Rijeka, belong to the permanent exhibition installed on the occasion of the World Space Week 2011.