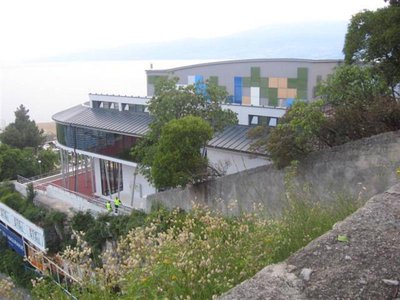 The construction of the athletic hall began on December 22nd 2008. The preparatory works were concluded on January, 26th 2009. The beginning of the construction works was inaugurated with the laying of the foundation stone by the mayor of Rijeka, Mr. Vojsko Obersnel and the members of the Atheltic club Kvarner Autotrans, Dragana Marušić and Toni Jonjić. The ceremony took place on occasion of the first International jumping meeting in Rijeka, attended by a world-renowned athlete, Branka Vlašić.

The administration building and the public stairway were completed on May 19th and the athletic hall on May 26th, 2010. After a technical examination, the operational permit was issued and we were able to open our doors to the public.